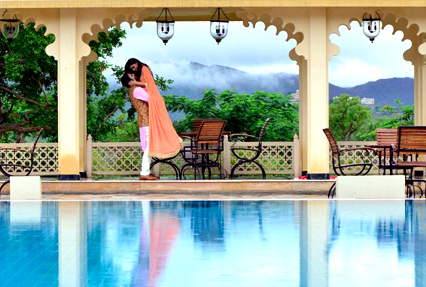 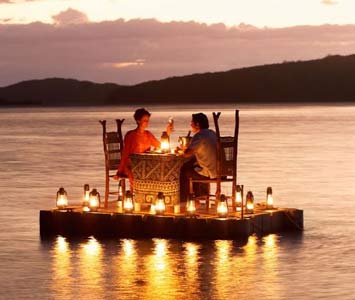 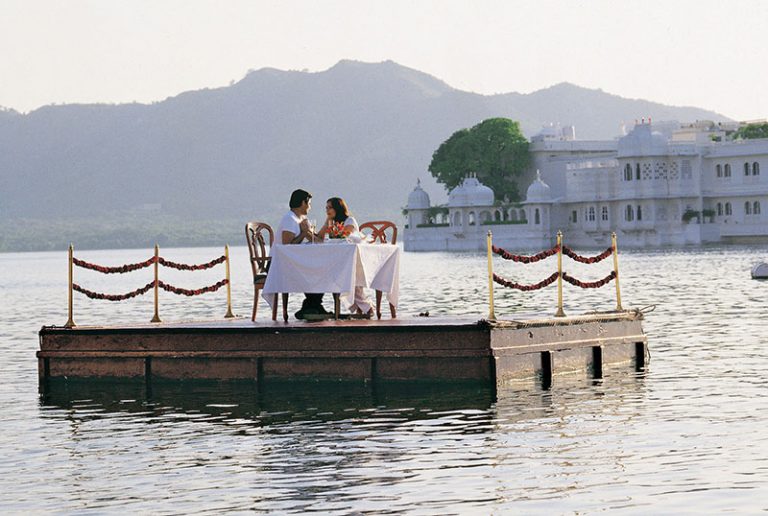 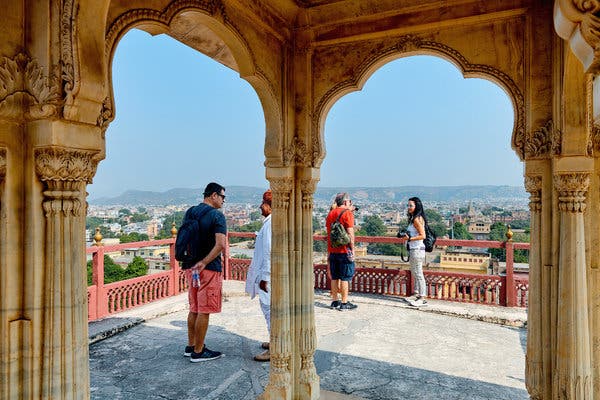 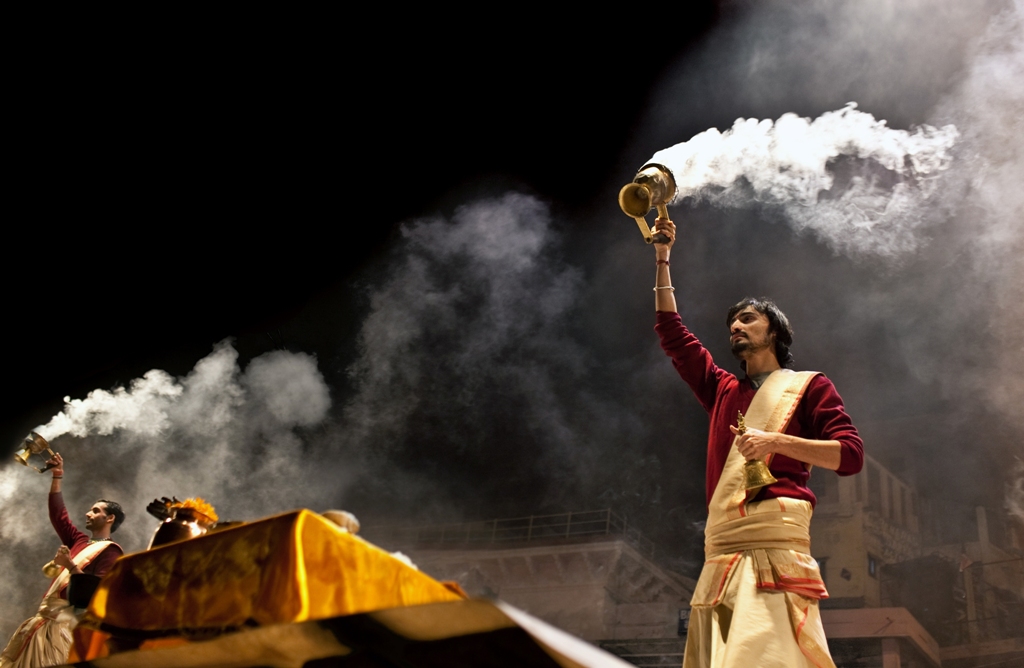 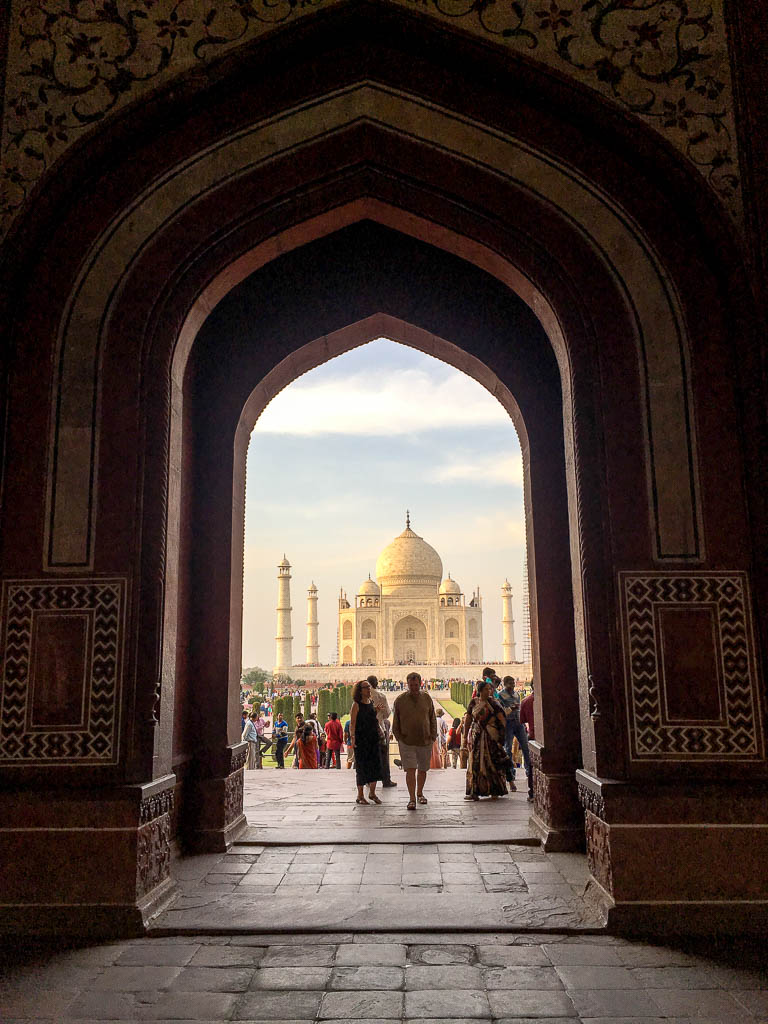 Today arrival New Delhi, the capital city of India and upon your arrival, you will be met by our representative at the Indira Gandhi International Airport. After a warm welcome, transfer to your hotel for 2 nights stay.

Today, enjoy the day discovering Old Delhi and Drive Past the majestic Red Fort spread over an area of 2 km, visit India’s largest mosque - Jama Masjid, travel through the bustling market and take a cycle rickshaw ride through narrow alleys and lanes in Chandni Chowk. Apart from all this, you will also get the opportunity to enjoy a walking tour with your guide through the largest spice market in Asia called Khari Baoli along with some local area.

Also, visit Raj Ghat it is a black marble platform that marks the spot of Mahatma Gandhi's cremation, Antyeshti (Antim Sanskar) on 30 January 1948, a day after his assassination.

Later enjoy a short guided walk in the Rajpath area and see President's House, Parliament House, and other Government Secretariat Buildings - the most imposing features of Lutyen’s Delhi, take a photo stop at the iconic war memorial arch - the India Gate.

Then visit Gurudwara Bangla Sahib, the largest Sikh temple of Delhi, with a gold dome, still in active worship and visit Humayun's Tomb is the tomb of the Mughal Emperor Humayun in Delhi, India. The Tomb was commissioned by Humayun's first wife.

Today post leisure breakfast, embark on a leisurely drive to Agra before noon, city of the world famous Taj Mahal.

This morning witness the surreal views of the Taj Mahal. Step inside this eternal symbol of love and appreciate the intricate designs and symmetries that rhyme as a poem written in marble. Taj Mahal is an extravagant display of love, built by Shah Jahan in memory of his beloved wife Mumtaz Mahal. You may choose to wake up early to witness the glistening white marble beauty at sunrise.

Also, visit Baby Taj Tomb “a jewel box in marble”. This mausoleum was built by the Empress Nur Jahan as a gesture of love for her father. The tomb is built of the finest Indian marble embellished with mosaics and beautiful inlay of work of semi previous stones. The central chamber contains the yellow marble tomb of Itmad-ud-Daulah and his wife. The tomb is painted with floral decorations and fine marble screens of geometric latticework suffuce the interior in soft light.

Today post breakfast embark on a leisurely drive to Jaipur - land of the Rajputs. Jaipur is known, as the 'Pink City', home to ancient forts and palaces .Upon arrival check in at your hotel for 03 nights stay.

En-route to Jaipur, you will make a brief stop to visit Fatehpur Sikri, the capital city of the Mughal Empire in the 16th century

The Chand Baori “Abhaneri” is a Step well built over a thousand years ago in the small village of Rajasthan, which is one of the largest Step well in the world and also one of the most beautiful ones.

Chand Baori one was built during the 8th and 9th centuries and has 3,500 narrow steps arranged in perfect symmetry, which descend 20m to the bottom of the well, thus it is one of the hidden secrets of India!

Rise early this morning to visit Jaipur’s famous Amber Fort. Enroute, take a guided walk through the flower market of Jaipur seeing the beautiful yellow and orange marigolds and other seasonal flowers are traded. In close vicinity is also the wholesale vegetable market where farmers bring fresh produce to begin the day’s trading. Walking through the markets brings you to a junction where you will find the interesting and unusual shops and post brief walk through the local trading

Markets drive onwards to visit Amber Fort, built in the 16th century. The fort is a mesmerizing blend of Hindu and Mughal architecture. The Amber Fort was used by the Rajputs for the dual purpose of defense and private residence. The fort encompasses charming gardens and magnificent palaces made from marble and precious stones, richly decorated with intricate stonemason works and paintings, which represented royal splendor and luxury of the Rajput era. To ascend up the fort, you may choose to walk, drive by Jeep or take an elephant ride.

This afternoon take a photo stop at the Hawa Mahal, Palace of the Winds, with its unique layer-cake honeycomb windows designed to enable erstwhile women of the royal court to observe passing life without being seen; Jantar Mantar, the largest astronomical observatory built in stone, and the City Palace complex with its impressive gardens and museums.

After breakfast, embark on your drive to Ravla Khempur is a haveli and heritage hotel in Khempur in the Indian state of Rajasthan. It was built in the 1620s and became known as The Best Exotic Marigold Hotel after being used as the filming location for the 2011 film's hotel and its 2015 sequel, The Second Best Exotic Marigold Hotel. The hotel is surrounded by a Marwari horse breeding stable and paddocks and caters to horse lovers.

Enroute to Ravla, visit the massive Chittorgarh Fort, one of the only places in Rajasthan where you can drive in and drive around the fort complex all the way inside and to the top of the fort!

Upon arrival at Khempur, check in at your hotel for 1 Nights stay.

Later embark on your drive to Udaipur - a serene city set in the scenic valley of Aravalli hills, surrounded by three lakes – Lake Pichola, Fateh Sagar and Udai Sagar.

Later visit Monsoon Palace, which is also known as the Sajjan Garh Palace, is a hilltop palatial residence in the city of Udaipur, Rajasthan in India, overlooking the Fateh Sagar Lake, The palace offers a panoramic view of the city's lakes, palaces and surrounding countryside. It was built chiefly to watch the monsoon clouds; hence, appropriately, it is popularly known as Monsoon Palace

In evening enjoy a boat cruise at the serene Pichola Lake, Udaipur.

This afternoon, transfer to the airport to catch your flight to Varanasi, the spiritual capital of India (also known as Kashi and Benaras).

Upon arrival in Varanasi, check in to your hotel and enjoy an evening at leisure.

Rise early to enjoy a sunrise boat cruise on the Holy River Ganges. See the ‘bathing ghats’ where thousands of pilgrims pay homage to the Sun God by immersing themselves in the holy water of River Ganges, and the ‘burning ghats’ where cremations are conducted. The ghats of River Ganges in Varanasi are believed to be most sacred, engulfing the entire circle of life and death.

Follow the boat cruise with a guided walk through the old city, seeing morning life in the historic and ancient bylanes of Varanasi. You get an opportunity to closely observe some morning rituals at the various small street temples along the way. The most sacred and important temple here is Kashi Vishvanath temple. Return back to hotel for breakfast and freshen up.

This afternoon, visit Bharat Mata Temple, the only temple in India that is not dedicated to a God or Goddess. This unique temple is dedicated to Mother India, and features aunqiue relief map of India, carved out of marble, the largest of its kind in the world.

Then visit Sarnath, the place where Lord Buddha gave his first sermon. Sarnath was a renowned school of learning from 6th century BC to 12th century AD. The lion capital of Ashoka pillar at Sarnath is the national emblem of India. Visit the ruins, stupa, Buddhist temple and the Sarnath Museum.

This evening, experience a rickshaw ride to the ghats to enjoy the grand ‘Aarti’ Ceremony at Dasaswamedh Ghat, conducted every day at sunset by white-robed priests. Spiritually enlightening and fantastically photogenic, this evening Aarti ceremony is a spectacular show with young priests in traditional Indian clothes swaying in seemingly choreographed movements, worshiping the river goddess with incense, flowers and earthen lamps.

Enjoy the morning at leisure at your hotel in Varanasi to explore the city locally and later visit Ramnagar Fort is a fortification in Ramnagar, Varanasi, India. It is located near the Ganga River on its eastern bank, opposite to the Tulsi Ghat. The sandstone structure was built in the Mughal style in 1750 by Kashi Naresh Raja Balwant Singh. At present, the fort is not in a good shape. It has been the home of Kashi Naresh since the eighteenth century. The current king and the resident of the fort is Pelu Bhiru Singh, who is also known as the Maharaja of Varanasi even though this royal title has been abolished since 1971.

Overnight on board on Train

Later Enjoy an half day sightseeing of Akshardham Temple, Explore Akshardham Complex Hindu Mandir, and a spiritual-cultural campus in New Delhi, which is also referred to as Swaminarayan Akshardham, the complex displays millennia of traditional Hindu and Indian culture, spirituality, and architecture and in the temple complex, you will be visiting Sahajanand Darshan – Hall of Values; Neelkanth Darshan – Large Format Film; Sanskruti Darshan – Cultural Boat Ride.